Dark matter makes up the overwhelming majority of the matter in the Universe. Its complex structure and dynamics play an essential role in the evolution of the remaining baryonic matter, explaining the cosmic microwave background, the clustering of galaxy clusters, and the abundance of galaxies, among others. Observations across a vast range of scales and time point toward the existence of a relatively massive, or "cold", dark matter particle, often called cold dark matter (CDM).

The success of CDM, however, does not resolve a more fundamental question: what particle(s) is it? Despite significant advances in sensitivity, collider searches and indirect and direct detection experiments have yielded no positive detections of CDM-type particles, promoting the development of alternative models. Astrophysical studies suggest that it is a non-baryonic particle that is uncharged, stable to decays, and does not appear to obey any force other than gravity. Despite these clues, its identity remains elusive, and theoretical dark matter models abound. To constrain the allowed model space, it is imperative to develop new, more stringent tests of dark matter properties.

I have been working to sharpen tests of two key dark matter properties. I have placed new limits on the small scales at which deviations from the canonical cold dark matter paradigm appear, and identified a novel test that may produce one of the most stringent constraints on dark matter self-interactions to date. My work has likely ruled out potential dark matter candidates and promises to further constrain the parameter space of others, bringing us closer to the identity of the dark matter particle, one of the most pressing open questions in cosmology today.

For more details about my work, see below. 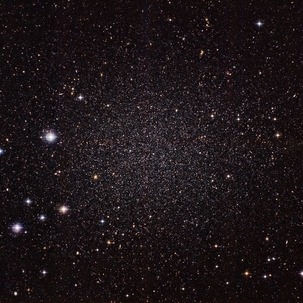 CDM predicts that the hierarchical, self-similar structure of the universe extends down to earth mass scales, but many alternative models predict a higher mass cutoff. How low does it go? 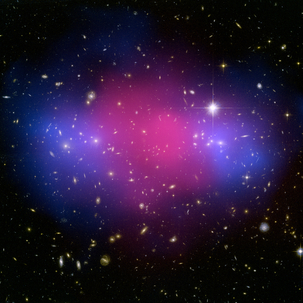 While non-gravitational interactions between CDM particles are absent---in stark contrast to the Standard Model---interactions are often a key feature of alternative models. Can we test for these dark forces? 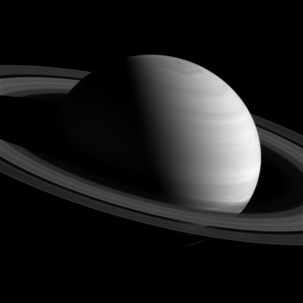 As a young gas giant grows, it begins to clear its orbit of gas, creating a gap. Gas flow across the gap is crucial for its continued growth. Do magnetic fields help generate the flow?